Congratulations to the Y6 boys cricket team who took part in the Suffolk County Cricket finals in Ipswich. Finishing 2nd in their group and 6th overall. 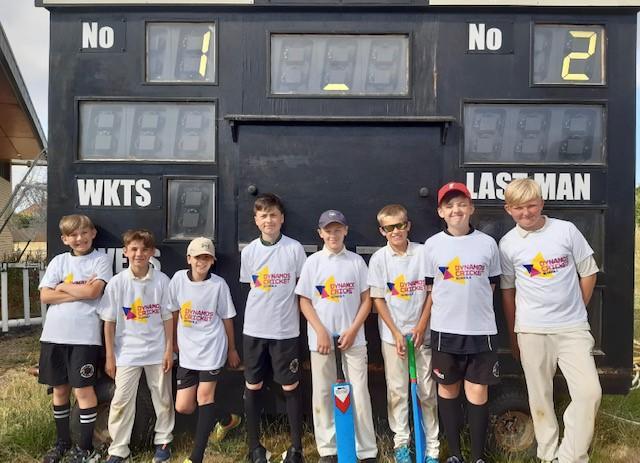 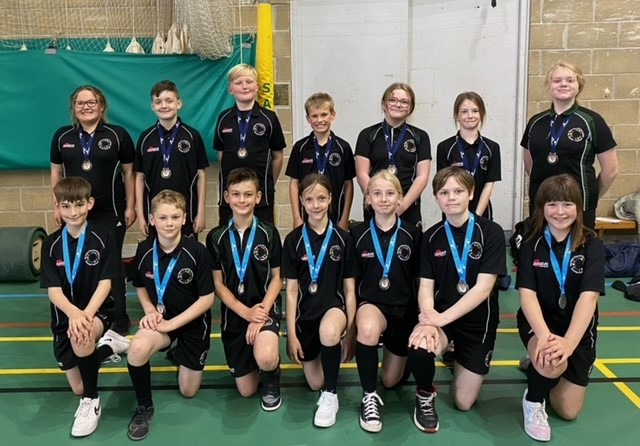 Congratulations to the Y6 athletics team who took part in the Quad kids competition at Pakefield HS. The team finished 2nd overall, special mention to Harry who was the fastest boy in the competition over 75m. 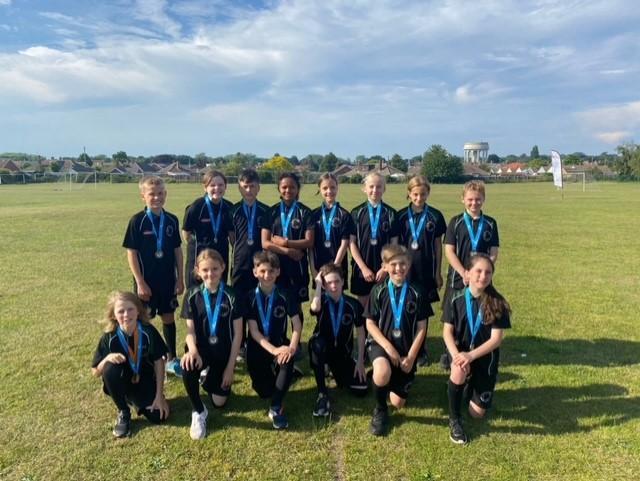 Congratulations to the Panathlon swimming team who took part in the south east finals at the London aquatic centre Stratford. The team finished 4th and had a fantastic day. 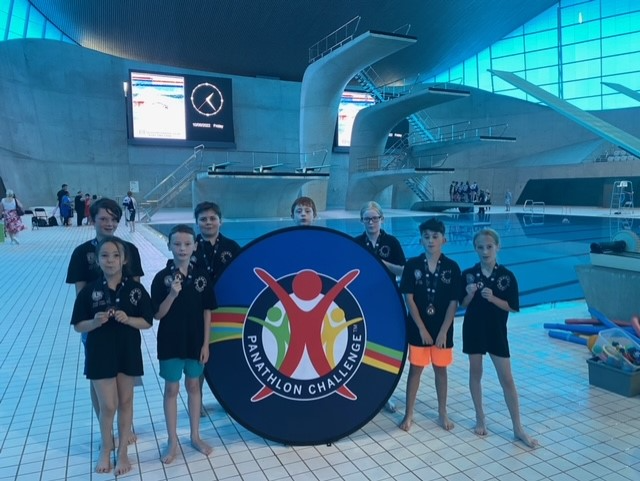 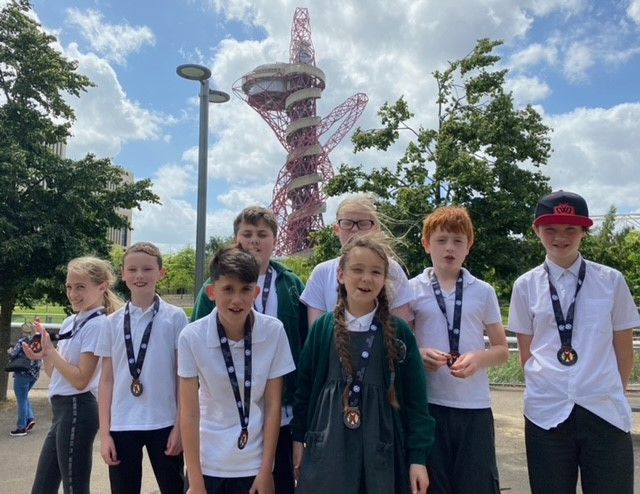 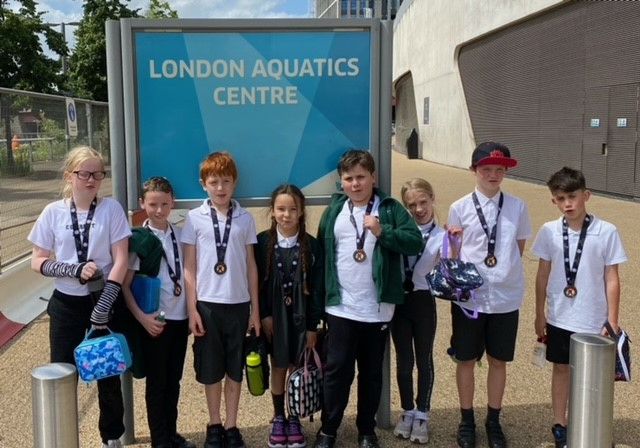 Congratulations to the Panathlon team who finished 2nd in the North Suffolk Competition at East Point Academy. 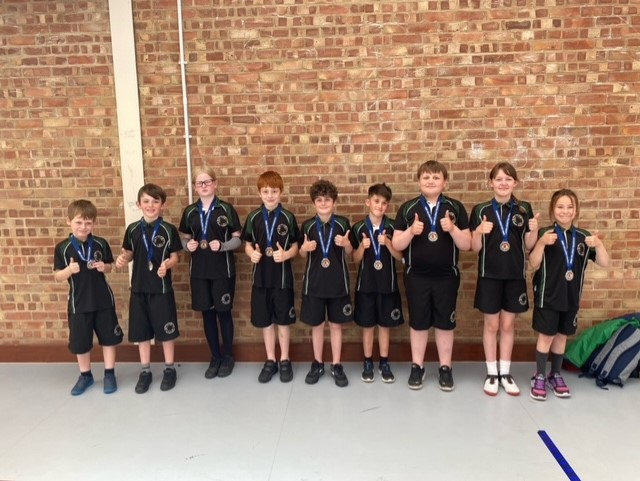 Congratulations to the Y6 cricket teams who took part in the North Suffolk competition at Denes oval. The boys won their competition and the girls finished 2nd in theirs. 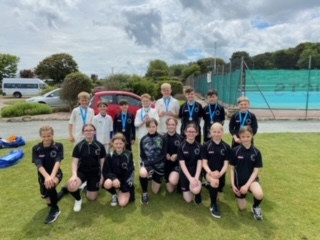 Well done to the Y5 and Y6 girls football teams who took part in the ALT championship at Red Oak primary. The Y6 girls finished 2nd and the Y5 girls won their tournament. Special mention to Isla who was named player of the tournament by ITFC star striker Natasha Thomas. 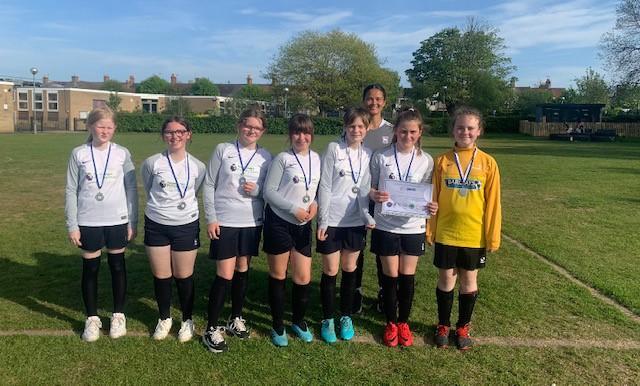 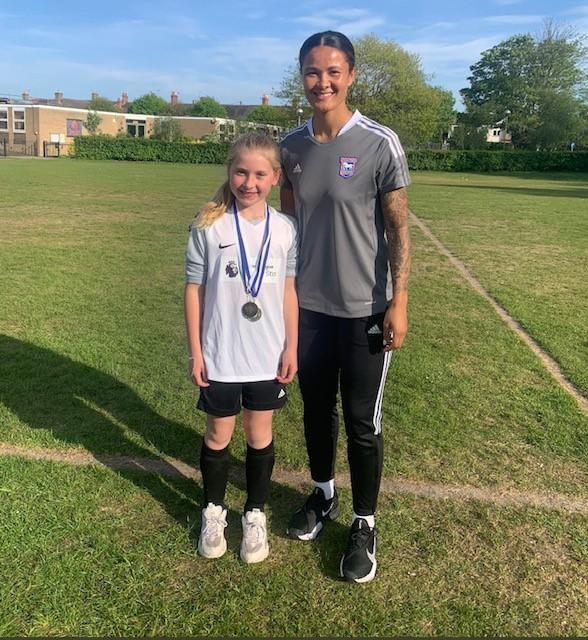 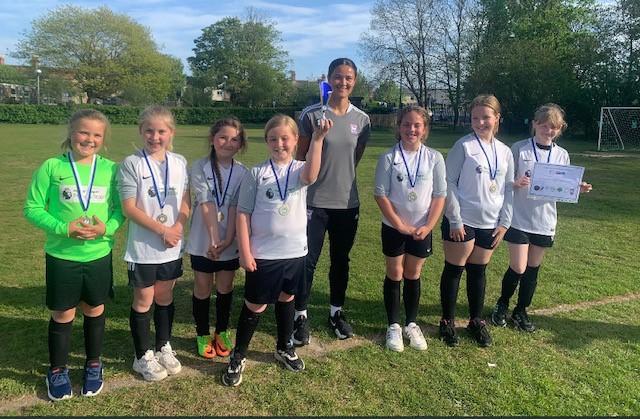 On Friday, Mr Stevens and Miss Sparham had the opportunity to take a group of 16 keen children to a cross country tournament at Worlingham Primary. All of the children were amazing and showed a fantastic attitude to keep on going. 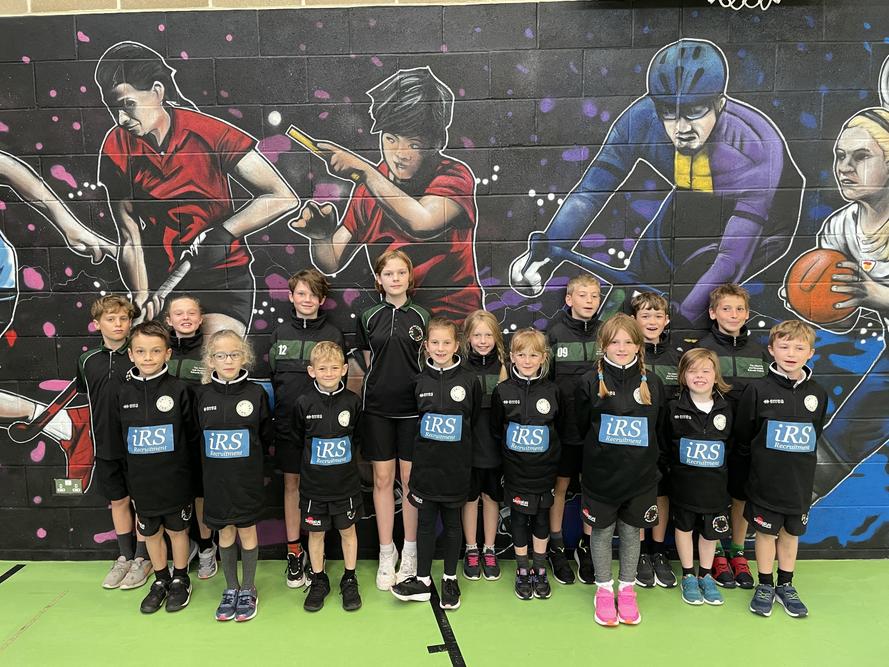 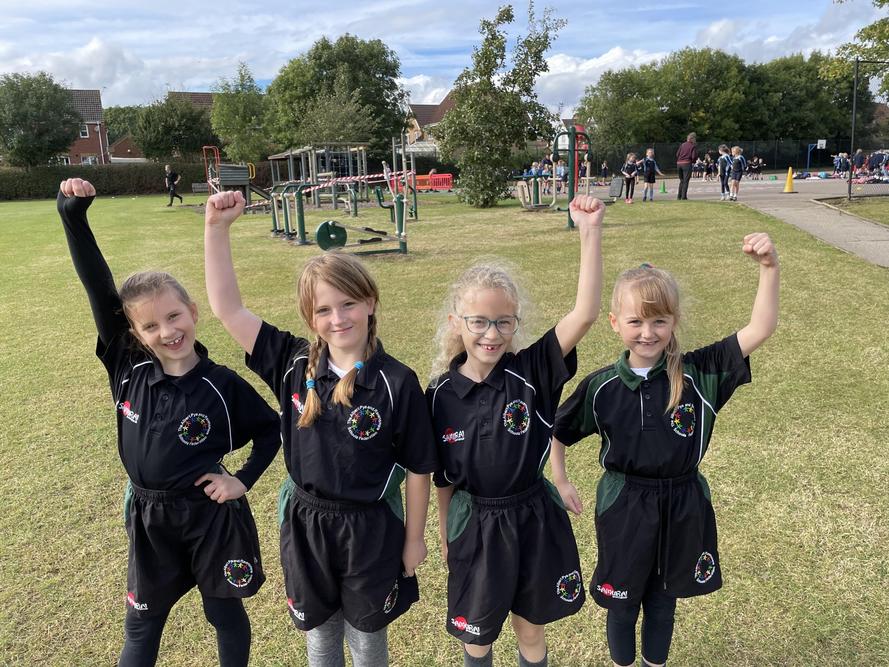 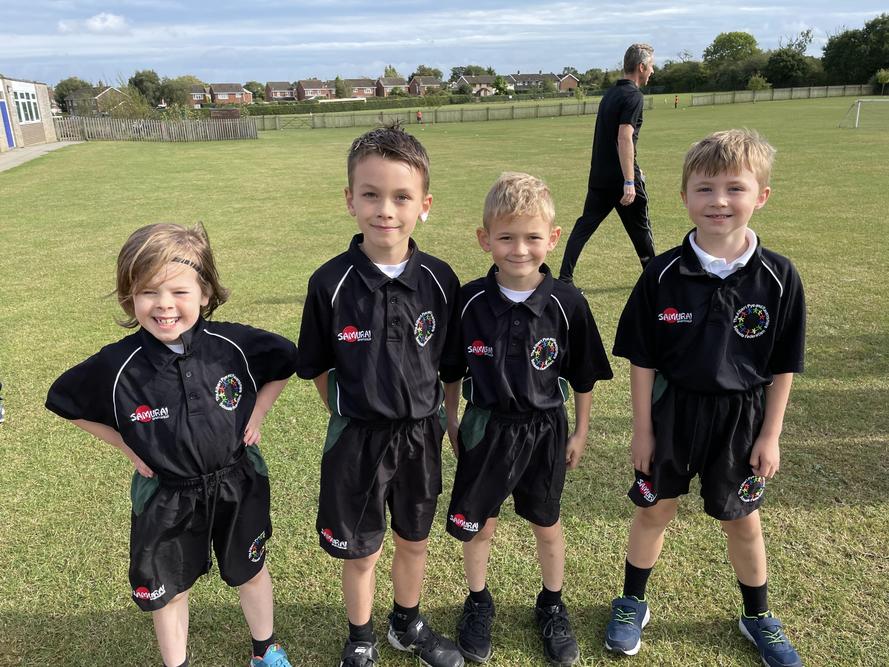 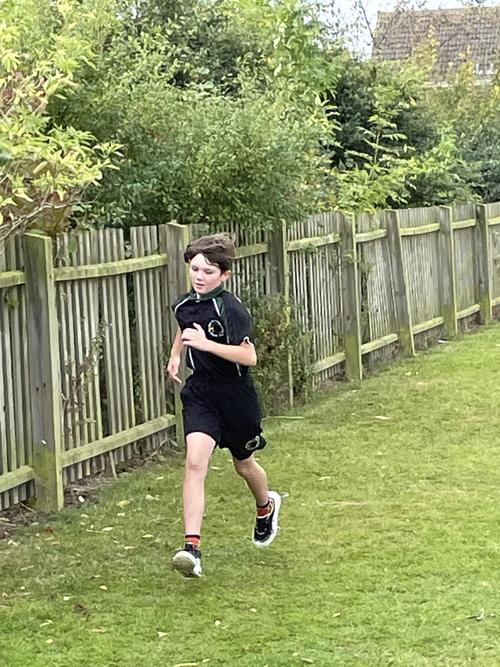 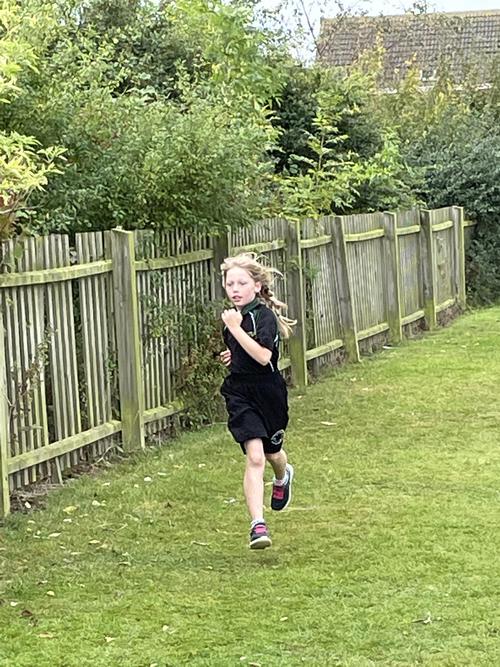 Year 6 pupils only started to play hockey this term but this event provided an ideal opportunity to improve their passing and shooting skills alongside pupils from other schools.

Our squad of 11 boys and girls travelled to East Point Academy, Lowestoft to play friendly matches on the Astroturf hockey pitch.

The Albert Pye A Team players were awarded a medal for showing the best shooting and passing skills within their matches.

Everyone had the opportunity to play and both teams were a credit to the school.

Many thanks to the staff and parents for supporting this event. 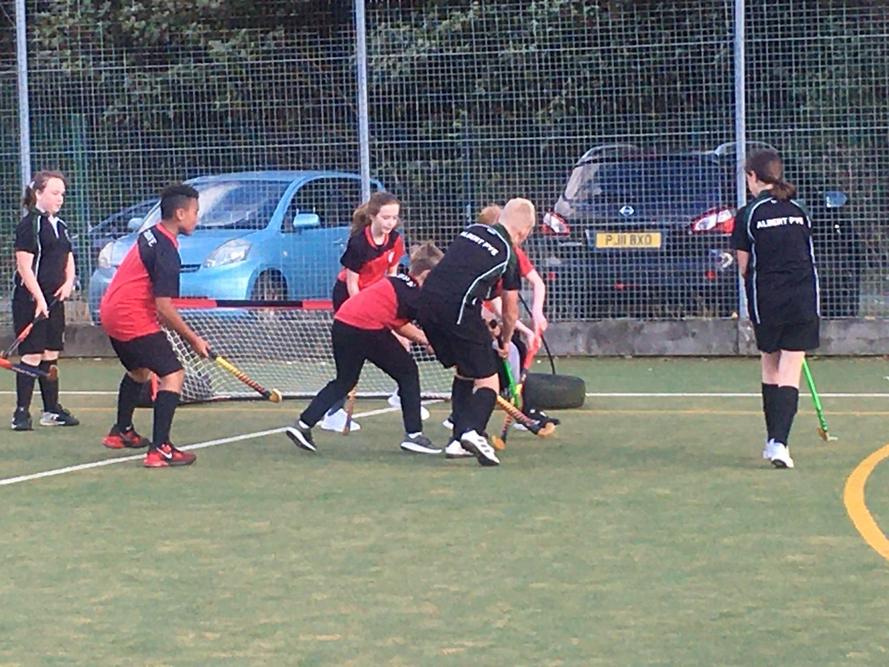 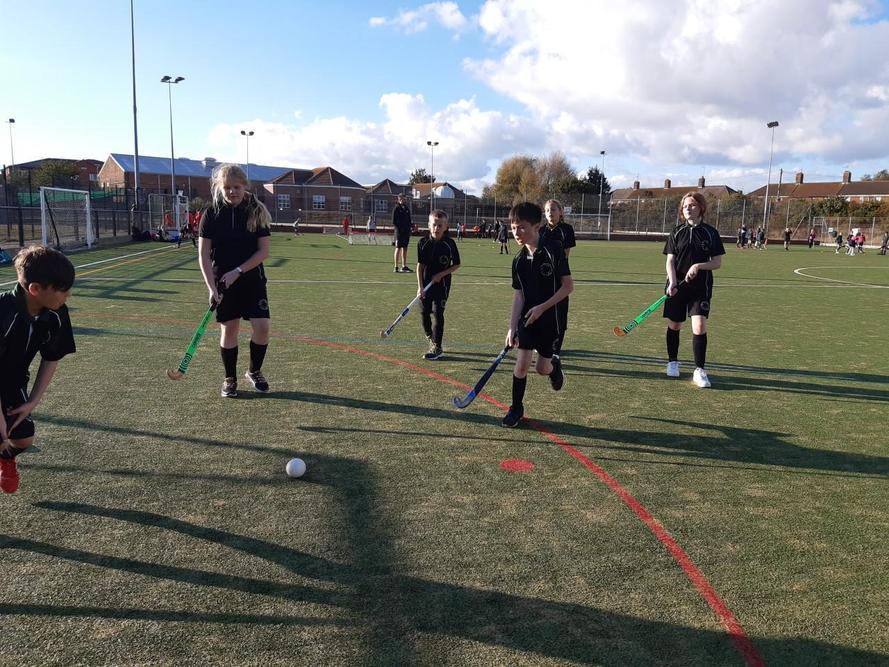 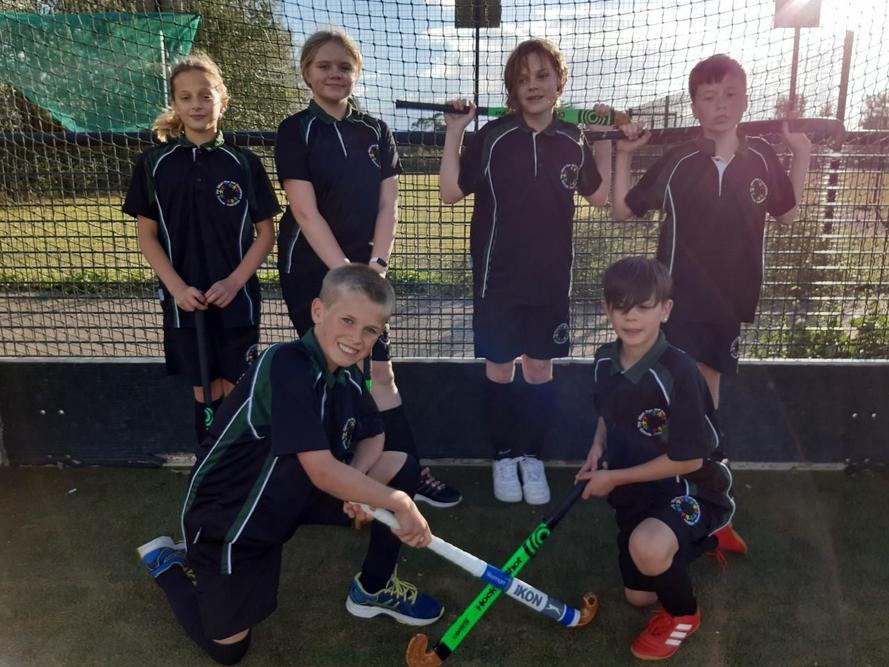 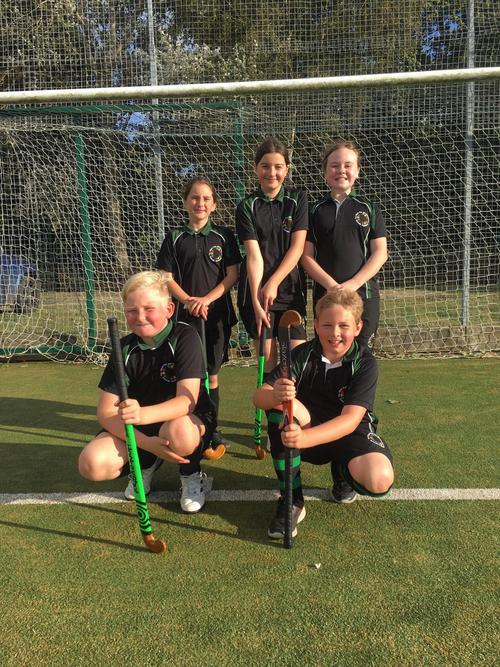