Rishie from class 3L went to Slovakia in half term. It is where his family are from and he brought back lots to share with the class!

He bought a Slovakian flag for our class flag challenge and he shared Slovakian biscuits with us! Rishie showed us lots of books and items from Slovakia, such as money, packaging and postcards. He even offered to teach us to count to ten!

We are so grateful to Rishie and his family for sharing their wonderful language and country with us! 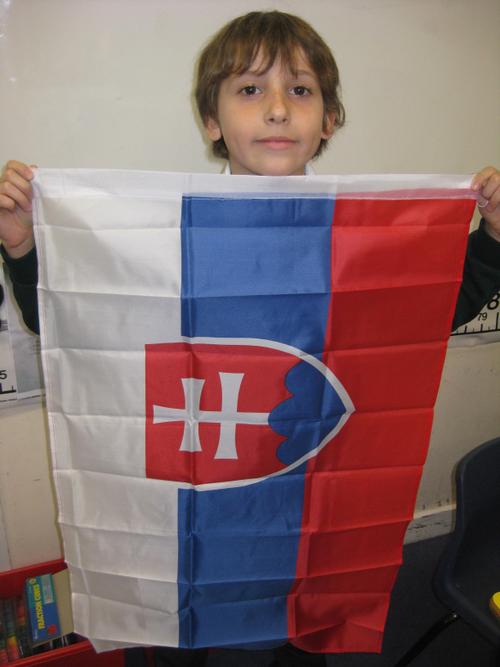 Year 6 Languages Morning On Wednesday 20th November, both of the Year 6 classes went on a trip to Sir John Leman High School for a languages morning. There were multiple tasks for the children to experience which all involved a different language in an activity form. These activities all boosted the children’s confidence of languages as well as teaching them new words and how to pronounce them. Some activities involved identifying flags, learning the names of animals in a foreign language and counting in Spanish and French.

The year 6 pupils enjoyed this hour-long event at the high school and here are some of the quotes: William B says, “They made learning languages enjoyable and my favourite activity was the one where you identified flags.” Neve W said, “I enjoyed going there to learn different languages and my favourite part was learning colours in Italian.”

As a result, this trip turned out to be successful.

Report by William and Felix 6S

Year 6 pupils were enthusiastic about this event at the high school and very keen to give feedback: ‘Mandarin was my favourite. We drew the symbols for different animals. We had a challenge to see who did the best drawing.’ ‘The Italian Colour Hunt was great fun.’ ‘I liked the board game. It helped me to learn some words in different languages.’ ‘The Cognates Treasure Hunt was a good idea.’ ‘Counting in French and Spanish in a circle and throwing Bob the Blob (ball) was great fun.’ ‘All the high school pupils were very helpful. Some of them were really funny too.’

Many thanks to all the MFL staff and Language Leaders involved in the organisation such a successful event.

The high school pupils who ran the activities were brilliant. 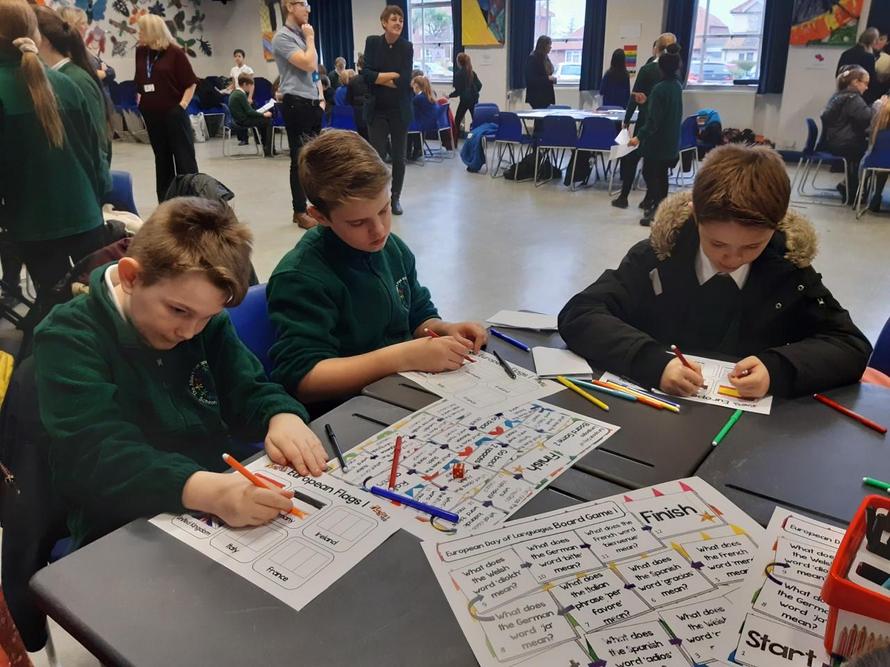 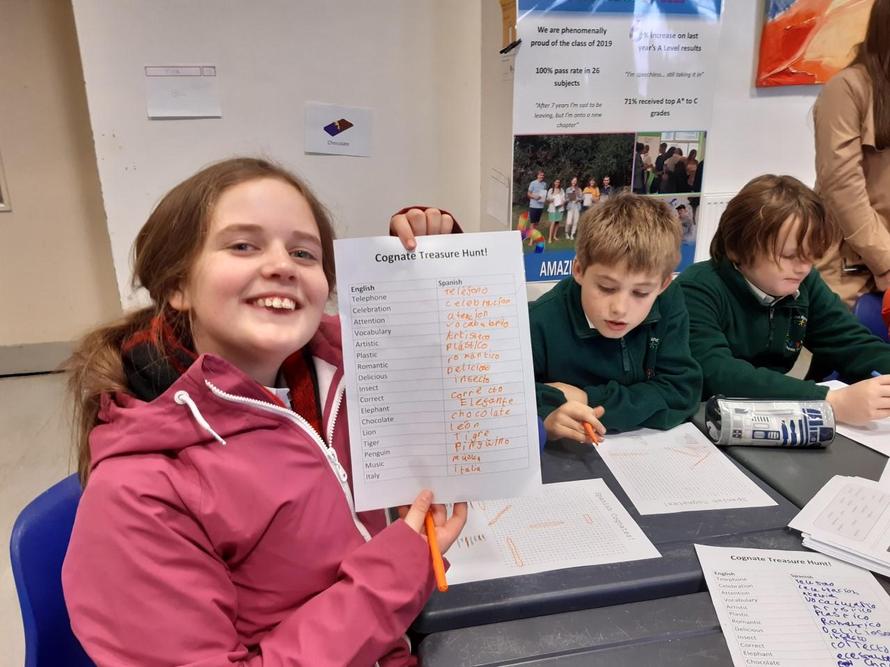 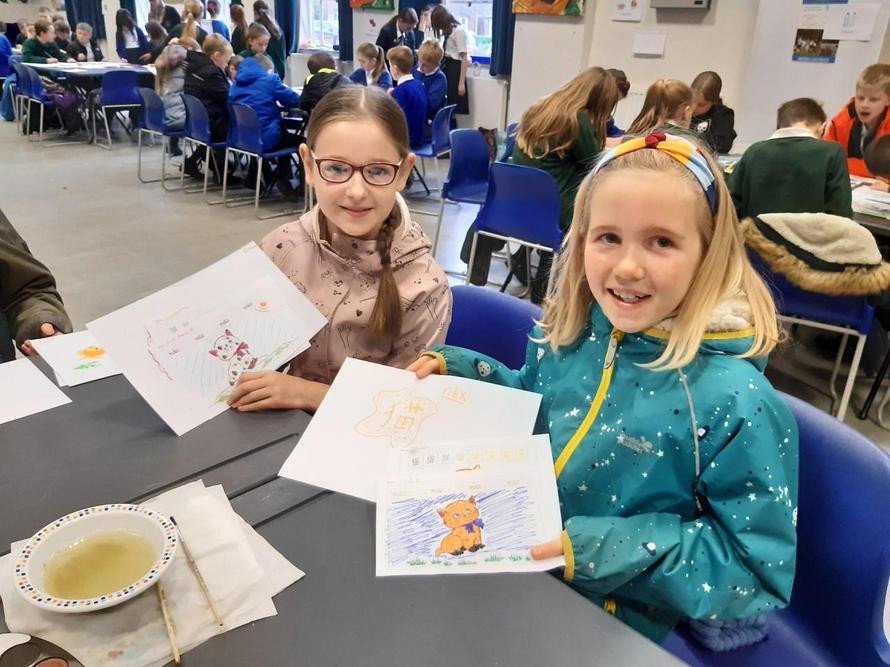 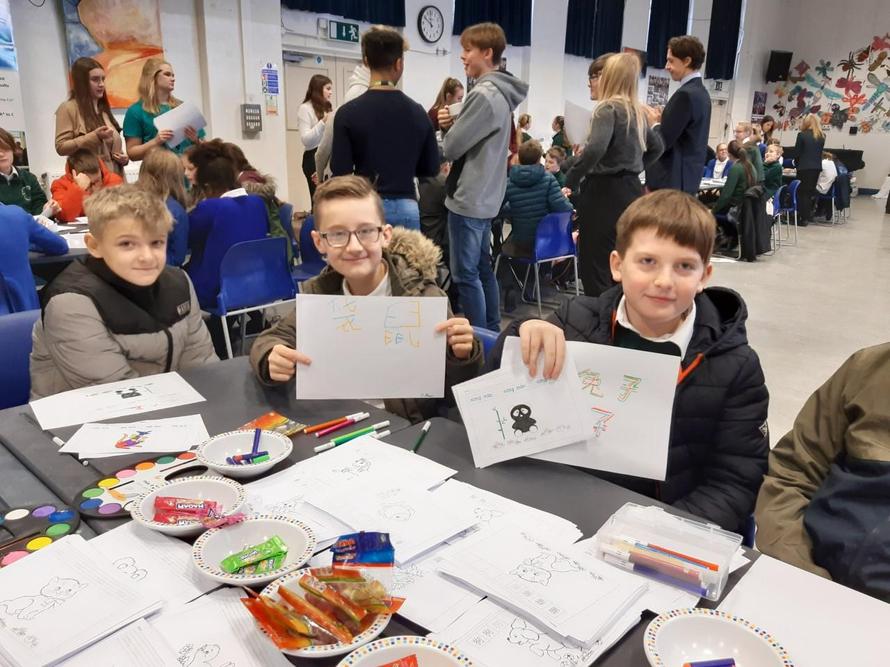 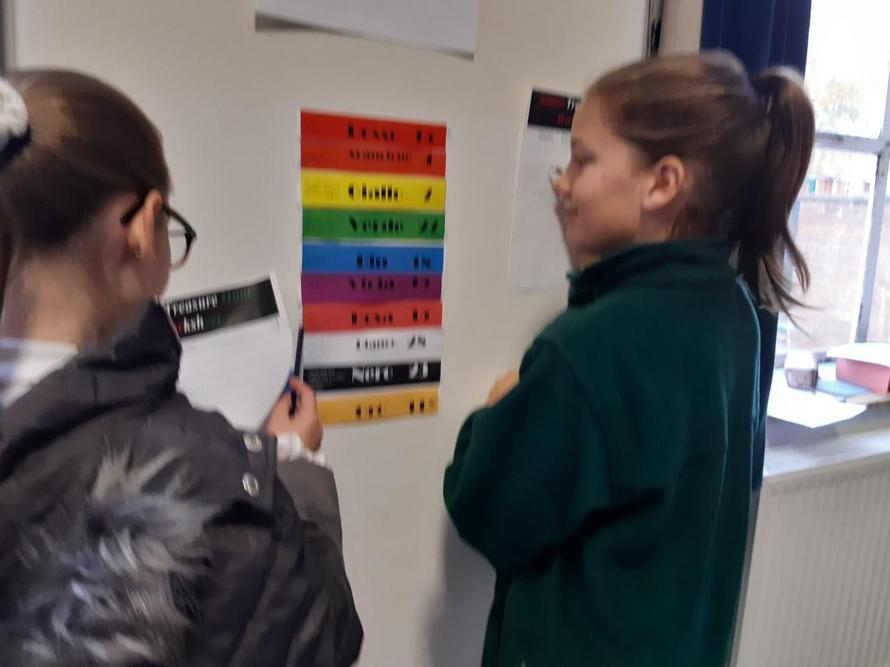